An interview with Tess Hardwick 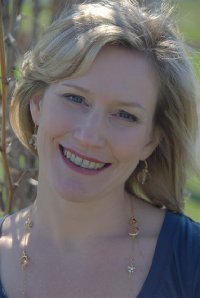 Today I have the distinct privilege of interviewing Tess Hardwick, author of the best-seller Riversong and co-author of a book of essays called Write for the Fight. The proceeds from W.F.T.F. are being donated to organizations that help fight cancer.

Tess, When and why did you decide to start writing?

I always wanted to write, however, in my twenties I was too busy being stupid, mostly about men, to fully engage in learning the craft of fiction. When I married at age 31, I wrote my first full-length play. It took me another five years start Riversong because I had two babies in between that time and an intense career in business.

I studied theatre in college and my hope was to have a life in the theatre as an actress, director and playwright. However, after a time it became quite obvious to me that I was actually a novelist disguised in a theatre geek’s body. Once I started pursuing a career as a novelist with ferocious intensity, things fell into place for me.

What life experiences have best prepared you for being a writer?

Certainly being an obsessive reader from the age of five combined with my innate and insatiable curiosity about other people, their stories and what motivates them to do the things they do made it so there was no other choice for me than to write.

Please tell us about your latest work and what genre it falls into. 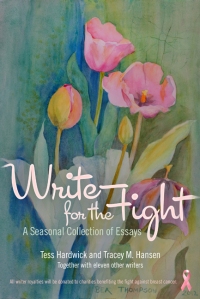 Currently I have Riversong still going strong on the ebook charts.  Several months ago, Tracey Hansen and I launched a book of essays exploring life’s seasons called Write for the Fight. We, along with 11 other writers, open our hearts, some with humor, some serious, about life’s lessons, and our dreams and hopes for the future. All the writer’s proceeds go to organizations fighting for the cure to cancer.

I’d appreciate it if you could describe your writing process for our readers.

I’m usually struck with an idea for a character or characters first. The plot develops around them, usually as I’m writing, although I almost always know the beginning and end. To me, it’s somewhat simple, in concept – I create the characters and give them something they each want desperately and then spend 400 pages making it further and further complicated for them to achieve said goal. They usually help me out quite a bit by mucking it up for themselves and one another. So, basically, I start with concrete characters and go from there.

Tess, to what degree are your fictional characters based in reality? 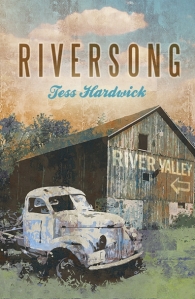 None whatsoever. I say that, however, and then when I read the first draft of my work I usually pick out characteristics of people I know and of myself. Mamet says that every character in fictional work are really just elements of the writer’s own personality. I believe this is true for me. Yes, even the antagonists.

Can you tell us about your any upcoming projects?

My current work in process is called “Duet for Three Hands”, a novel set in the 1930’s that falls squarely in the Women’s Fiction genre.

Would you like to experiment with a different genre?

My daughters want me to write a story about Princess Oompa that I started telling them at the beach one night. It would be a young adult book, however, I have no idea what to do with it after the first chapter.

Describe your ideal surroundings or conditions for writing if you would.

Morning. Quiet. In my home office or sometimes, sitting on my bed with my crazy ergonomic keyboard on my lap.

Do you have any writing idiosyncrasies?

I have a cozy red sweater I like to wear. Sometimes I light a candle. I always say a prayer before I start, asking for the words and thanking God for the time to write, which is such a gift.

Briefly share your thoughts on traditional publishing vs. indie.

I think there are merits to both. I believe it comes down to, ultimately, what your personal goals are as a writer.

Share your first draft with as many trusted writers as you can, listen carefully to feedback and then write three or four more drafts. If you’re serious about craft, either enroll in writing courses or do a self-study method like I did. There are some wonderful books out there for fiction writers. The Making of a Story, The Weekend Novelist, Writing Fiction and A Guide to Narrative Craft are some of my favorites. And, of course, write and read as much as you can.

Thank you so much, Tess. It’s been a real pleasure to learn more about you and your fabulous work.

Tess Hardwick and her work can be found at the following online locations:

This entry was posted in #SampleSunday. Bookmark the permalink.

4 Responses to An interview with Tess Hardwick